Owen McNamara is a political and environmental anthropologist working as a post-doctoral researcher at the Université Libre de Bruxelles. He holds a PhD in anthropology from the Australian National University. Owen studies the relationships between alternative farming movements and states, and is interested in questions of ecology, race, settler-colonialism, gender, and pollution. For his doctoral research Owen investigated the connections between Peronist populism and the agroecological farming in Cordoba, Argentina. For the SeedsValues project, Owen will be working on the link between conservation and commercialization, as he undertakes fieldwork with people variously involved in the production and consumption of biodiverse maize and maize-based goods. 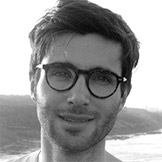