Olivia Angé investigates potato-human relatedness in the communities of the Pisac Department, Province of Cuzco, Peru.

Since first domesticating tubers around 8000 years ago, Andean growers have worked to shape thousands of varieties differing in form, texture, colour and taste. Conversely, the potato contributes to the constitution of heterogeneous human bodies: these cultivators eat enough potato to consider their flesh to be made of this tuber. In the highlands of Cuzco, household economies rely on potato flourishing. However, potatoes are not treated as ingredients to be passively produced and ingested. They are related in a shared sociability expressed by humans in the idiom of kinship. Olivia’s research explores how relatedness is threaded between these disparate bodies in Andean kitchens and fields. She is particularly interested in the circulation of affect across species divides in the making of Andean collectivities.

In the communities of the Pisac highlands, potato is a core ingredient of every meal. Despite increased participation on the capitalist market, all families cultivate tuber for self-consumption. The most diligent growers care for hundreds of varieties in their chacras (agricultural plots) spread above 3800 masl. 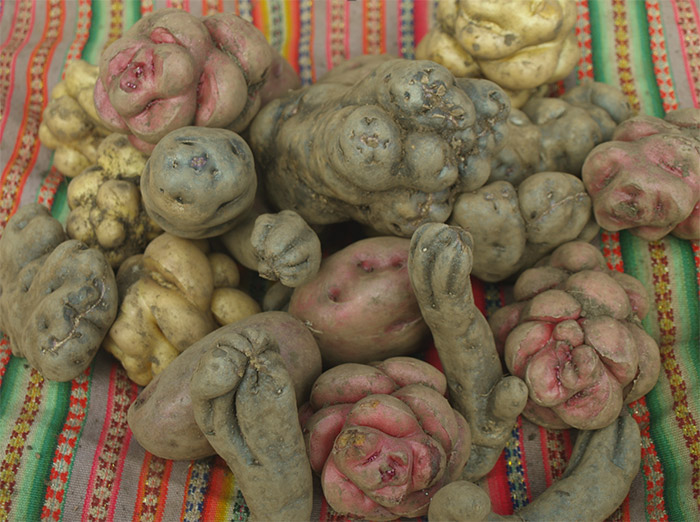 These chacras stand out as hotspots within the uneven landscape of tuber diversity distribution in this centre of domestication. They have attracted an array of projects in the Peruvian wave of in-situ conservation. At the end of the past century, six of the 12 communities in the Pisac District, supported by a Cuzco-based organisation (ANDES), have joined an effort to create the Potato Park intended for the conservation of this cornucopia. Besides curating agrobiodiversity, these cultivators work to raise potato respect (respeto, in Spanish). An array of initiatives are undertaken to foster potato respect within the Park and beyond: from agronomic experiments or dances in plots, to the defence of native potato on national and international political scenes – notably against the introduction of GMOs. 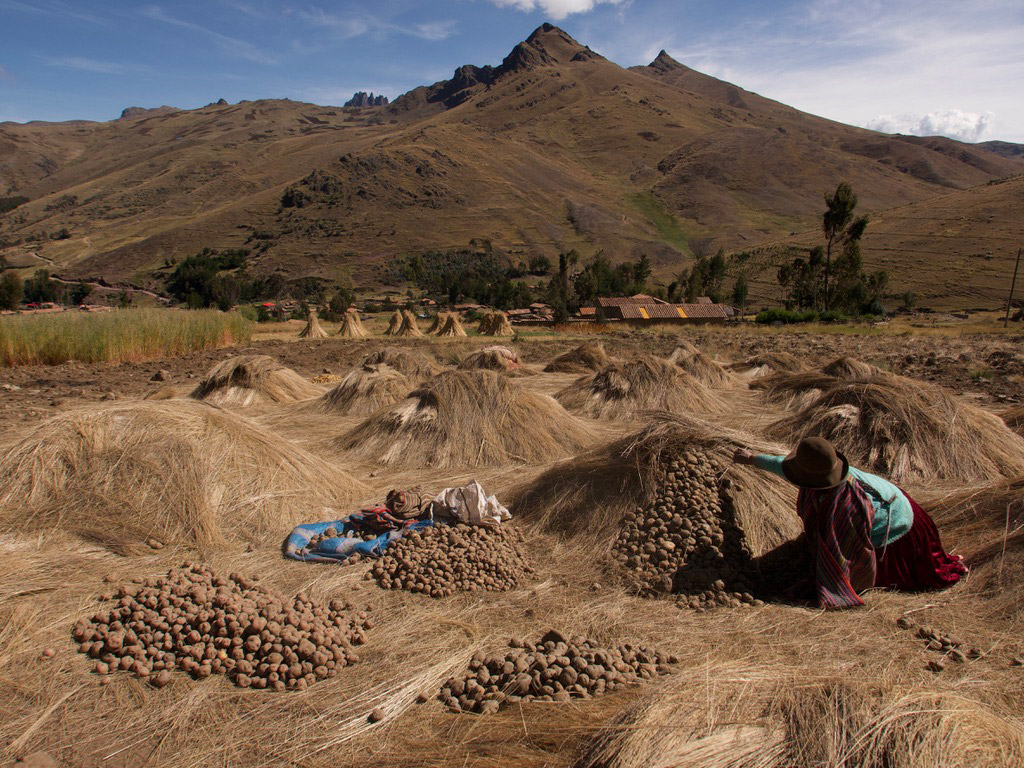 The potato companionship which articulate highland communities is indeed enmeshed in histories of capitalist exploitation and geographies of postcolonial racism. As Anna Tsing importantly signals, understanding capitalism requires examining the livelihoods unfolding at its margin; where resources are captured for salvage accumulation. The broader purpose of reporting on the making of this potato relatedness is to shed light on affective and bodily entanglements sustaining tuberous flourishing, which are occulted by capitalist accumulation in the global potato business of genetic resources, seeds, congealed fries, industrial starch and the other juicy commodities that have been derived from Andean chacra’s cornucopia over the centuries.